“Having choices in my cancer treatment meant I avoided radiotherapy.” 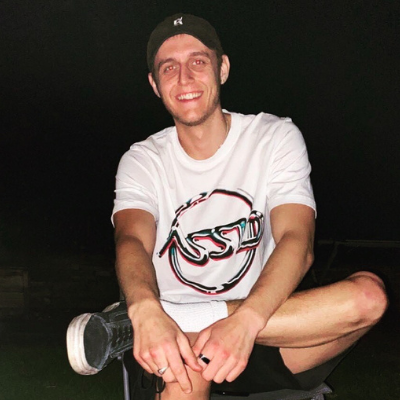 Ethan Beckett started feeling unwell in the summer before his final year of A-Levels. He had pain in his appendix, was losing weight and having night sweats. “I know something was wrong and I was waking up with anxiety every morning. I would go to school exhausted and Google my symptoms.”

But it wasn’t until a lump in his lymph nodes appeared along his collar bone and indicators of inflammation rose in his blood that he was referred for further investigation. He was diagnosed with lymphoma, aged 18.

Ethan was referred to Addenbrooke’s for treatment and met Consultants Ben Uttenthal and George Follows. “They gave me options for chemotherapy and I was able to go away to do my own research. I chose BEACOPP, a combination of drugs, and was recommended to have six cycles, which is the standard dose. It started the next week.

“I was on a 21-day cycle and would have chemo three days in a row for six hours a day. It was brutal. I had the most intense nausea and would feel horrendous from some of the drugs. I was neutropenic from the toxicity and had to go to my local hospital four times with infections during my treatment.

“Thankfully though it went really well and I was able to reduce my cycles. This was such good news, as I couldn’t comprehend having anymore. My consultants took the data from the treatment that I and many others received across the UK to the International Lymphoma Summit, where it was shown that BEACOPP didn’t always need the standard six cycles.”

Ethan was in remission five months later. He went on to finish his A-Levels, earning a B in Business Studies, and is now studying for a degree at the University of East Anglia in Norwich.

“I do often think about what happened and the risks of later effects from chemotherapy are always at the back of my mind. But I am still in contact with the lead nurses who were involved in my treatment and I speak to them when I’m worried and they are really supportive. I know the staff will make the Cambridge Cancer Research Hospital a special place and it is brilliant to have research within the hospital.”

Ethan is now 22 and has just started his second year of his degree course in intercultural communication with business management.

“I really want to look after my body and live a happy, normal life now.”